It’s been a mad old week. Last weekend I had hoped to have been away with my friend but she weirded out on me. More on this later.

My whole household has been struck down with norovirus this week which was pretty grim. I managed to finish my book and actually watch a film that wasn’t Disney which was good.

I was overwhelmed with aching loss for Dad yesterday. Just shows my ‘carry on as normal’ defence is not infallible. Not. At. All.

All these seemingly unrelated things have resulted in an action I’d been dismissing for some time. I just did it, tonight, out of the blue.

I’ve signed up to Internet dating. And I’ve actually put a picture up. And I’ve liked six men. Again, more on this later.

So, last week over the period of a few days, my friend and I tried to find a cheap getaway for the weekend. Or, I should say, I did. She just said no to everything. I’m not sure what was going on but everything I suggested, she criticised. At no point did she ask me what I wanted to do, but to be quite honest, I wasn’t really bothered – I was just looking forward to getting away from it all and spending time with my friend. Sensing she wasn’t herself, I tried desperately to find something that met her approval. In the end, because I hadn’t found anything, she decided that this was all too stressful and backed out, leaving me potentially completely alone. I haven’t heard from her since. Luckily my sisters were available amd along with their husbands, we had a games night with a few drinks. Yes it was fun, but yes I was the only single one. At one point in the evening, the red wine helped me whine to my sister and brother in law about the fact that Lost Soul is now dating an older woman with children. Which feels like a complete slap in the face. Read about it here:

I contemplated my friend’s actions, in a lot of frustration being honest, over the following days. I felt a little used and surplus – for her, it was more about the trip than being with me. I realised that I cannot rely in her to be my regular companion if this is the case.

Then the norovirus. (don’t worry, no details!) When I wasn’t fast asleep and just feeling sorry for myself, I managed to watch some TV. Luckily, I was ill whilst my kids were with their dad so I actually had the remote! I ended up watching Planes, Trains and Automobiles which I hadn’t seen in years. It saddened me to realise that both John Candy and John Hughes died in their 40s – mortality hitting me in the face again and giving me a wake up call. Life’s too short to wait around and be miserable.

This then got me thinking about Dad and a conversation we had just a few months ago. He asked me if I thought I’d ever marry again. I said probably not. He told me that I was ‘only a girl’ and that I had my whole life ahead of me. Because he lived with me, I know he always worried about me meeting someone new. The fact he said that shows that he probably had a idea he was dying.

The book that I read this week is called ‘You Don’t Have to Say you Love Me’ by Sarra Manning. 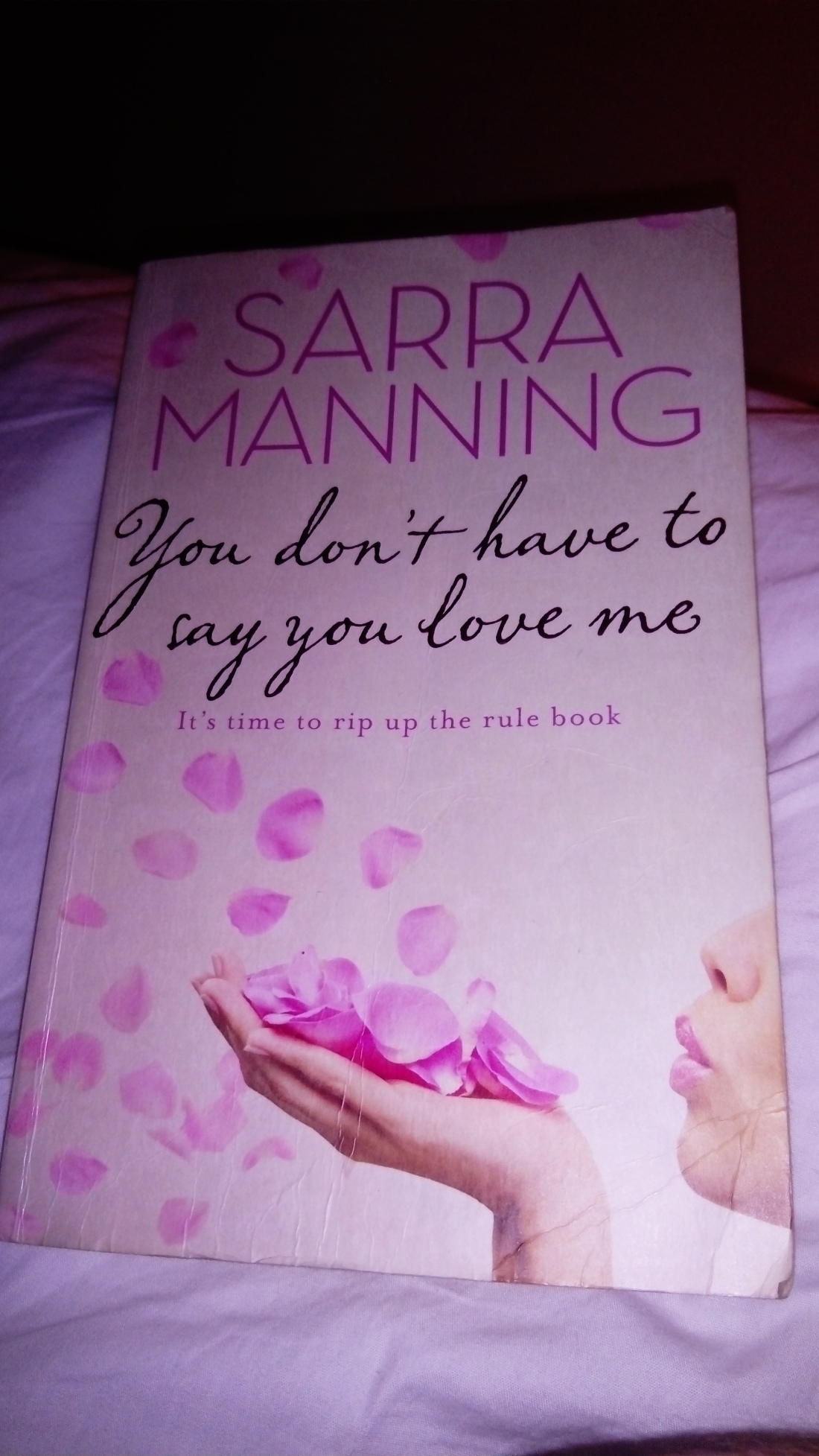 Yes, it’s chick-lit but it’s easy reading, funny and I can relate to the characters. The descriptions in the romantic scenes are heartwarming and yes, made me crave to feel that way again myself. Admittedly, I’ve read it a few times now. 😊

So all of these things have pointed me towards dating again. I’ve been separated nearly two years and a as certain as ever that it’s the right choice.

Sure, I can think of a million reasons that I should wait. And I’m still not convinced this will work. But I have to try.

I’ve put an OK photo up. An everyday photo. I’ve been honest. I’ve tried to be myself.

And, at the risk of sounding like a hypocrite here, the dating pool I was sent as ‘matches’ was pretty grim. I even extended the distance to 50 miles. Only 6.

View all posts by ustome